Announcing the Tin Store: A Glimpse from the Past into the Future 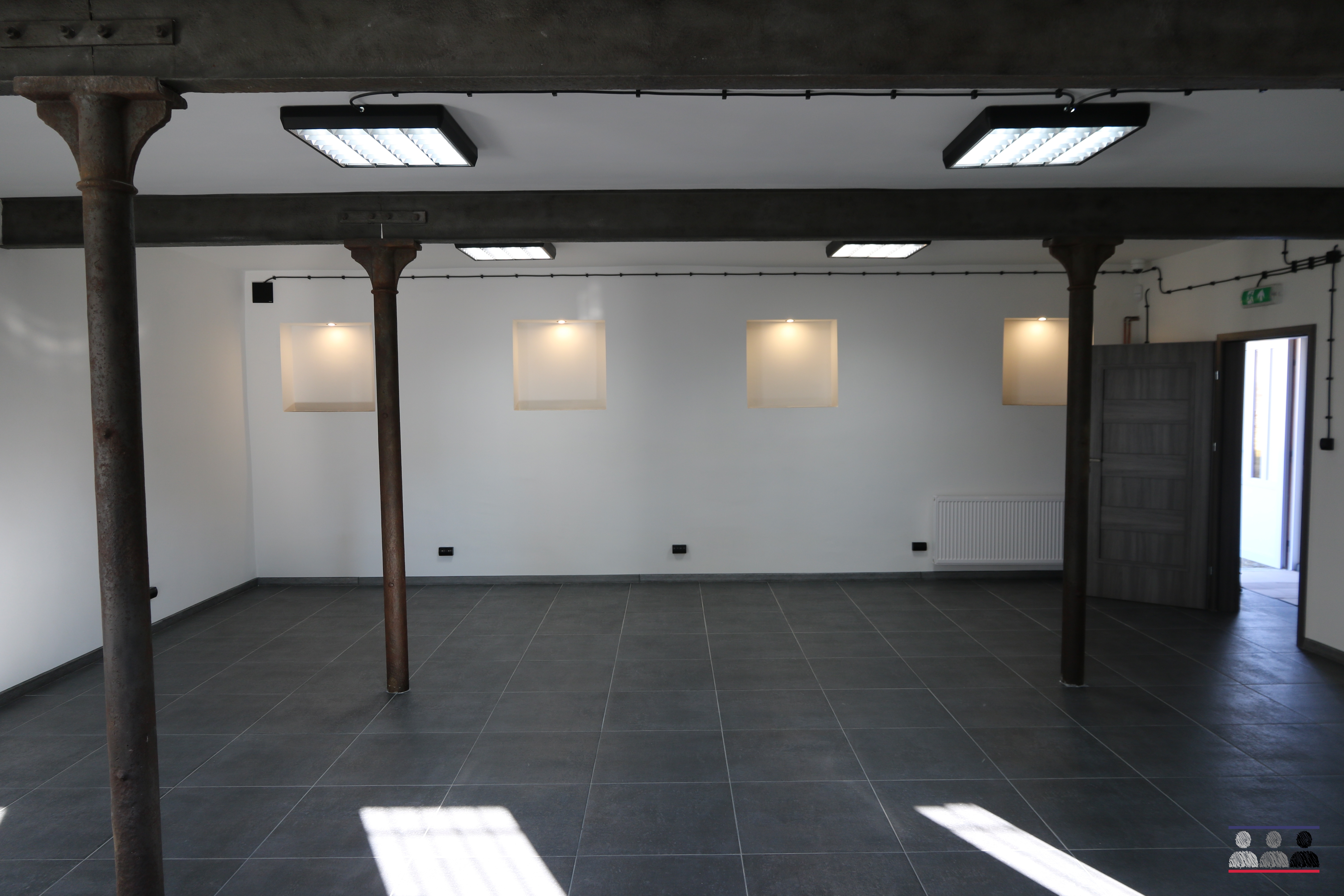 The Germans had a rule that no POW could have more than six tin cans, full or empty, in his locker. This restriction was because the guards were concerned the POWs would use the extra supplies for trading or bribing. They were also afraid the Kriegies would collect food for escape efforts since empty cans could be used to make an air ventilation system for tunneling, and full cans could feed them during an escape journey.

Because of the restrictions, many Kriegies took advantage of the temporary storage afforded by the Tin Store. POWs would deposit any extra tin cans of food in the store and then could withdraw them as needed. In addition, the Senior American Officer required that each man donate a small portion of his tins to build up a general food reserve in preparation for leaner times. The POWs kept meticulous records of deposits and withdrawals since food was so critical.

Kriegy R. Howard “Boomer” Holder tells us in his book, “Escape To Russia”, The Tin Store was popular in Oflag 64 “because it was closely connected with food.”  The Tin Store “was a storage arrangement for storing food we didn’t want to keep in our lockers. We used it also for tidbits we got in our packages from home which we always saved for the big ‘bashes’ on special occasions.”

The opportunity to use this same storage facility some 78 years later for artifacts seems appropriate. The grounds of what was once Oflag 64 have been part of the campus of a reform school since the end of World War II. Recently, the school’s Principal offered the Foundation the opportunity to rent space in one of the remaining Oflag 64 buildings as a much-needed storage facility for the artifacts that have been donated by Kriegy families for the future museum.

Thanks to this supportive offer, the Foundation will also be able to use the space to exhibit artifacts until the future museum is built. And, thanks to funding from Friends of Oflag 64, the necessary renovations have been completed.

The Foundation oversaw the many improvements such as the addition of a new restroom, heating system, and security system. These improvements have created a beautiful space suitable for proper artifact storage and exhibition functions. As the project progresses toward establishing a formal artifact exhibition, the Polish-American Foundation for the Commemoration of POW Camps in Szubin will be continuing to fulfill its stated mission: “To contribute to the knowledge of World War II by studying and commemorating the experiences of Allied prisoners-of-war held in German captivity. In addition to the history and operations of the German POW camps, its projects will focus on the thousands of POWs who the Germans incarcerated in Szubin, Poland, and the brave Polish citizens who assisted those prisoners.”   Photos of the renovation process are provided below.

ARCHIVAL ALERT: If you know of the whereabouts of the original 1941 Tin Store photo below, or its provenance, we would like to hear from you. Please contact us at This email address is being protected from spambots. You need JavaScript enabled to view it.. Thank you. 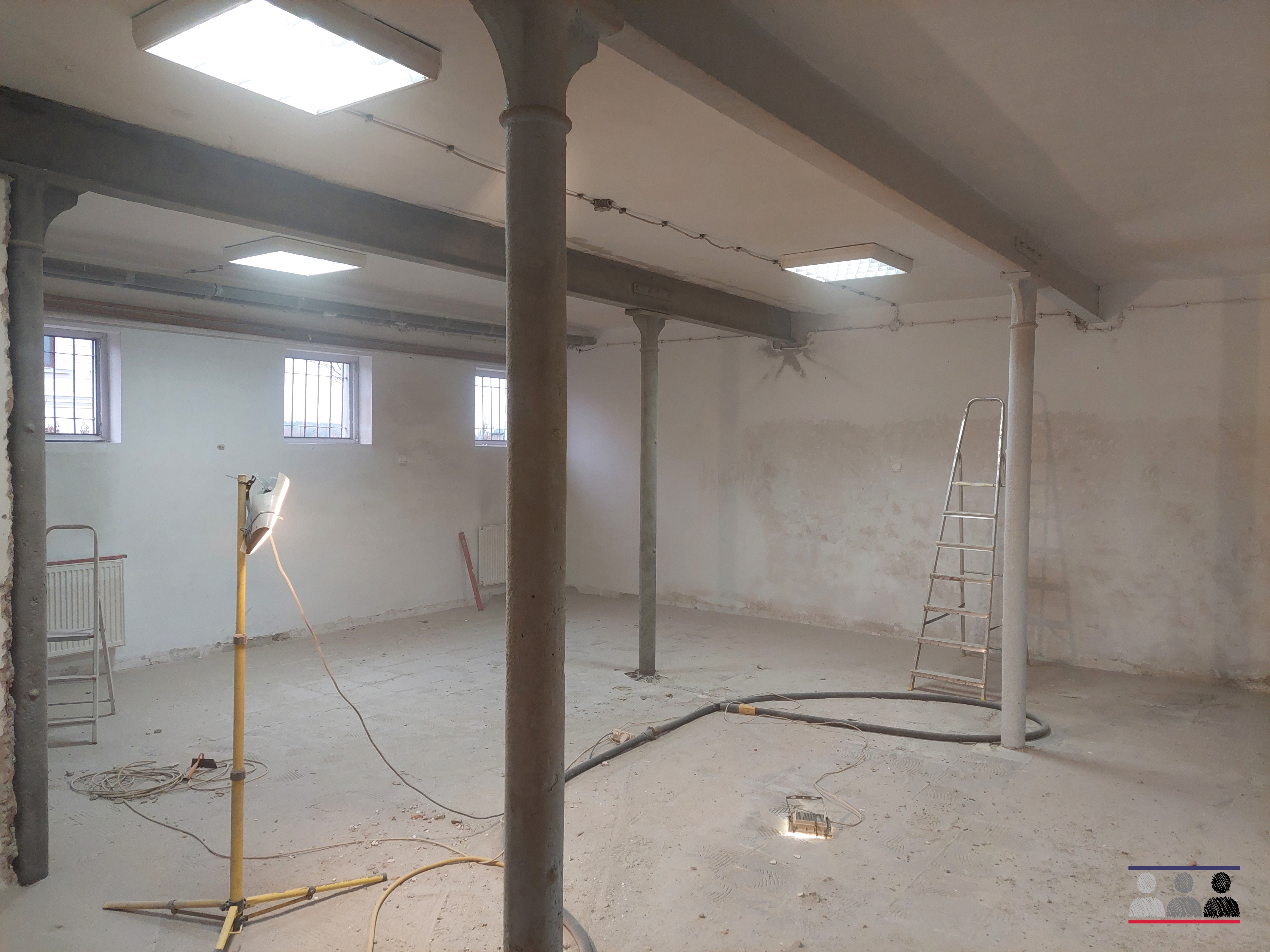 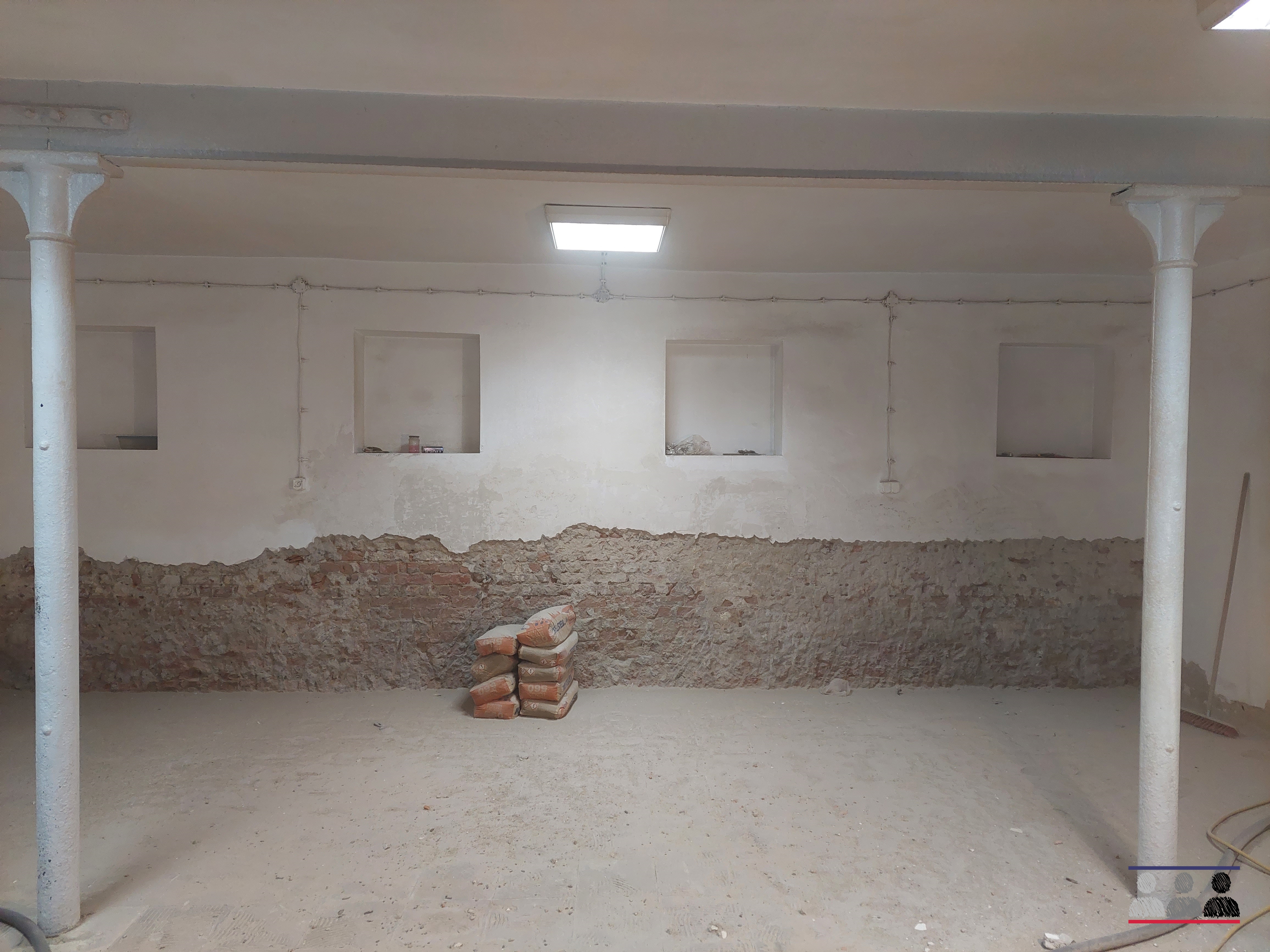 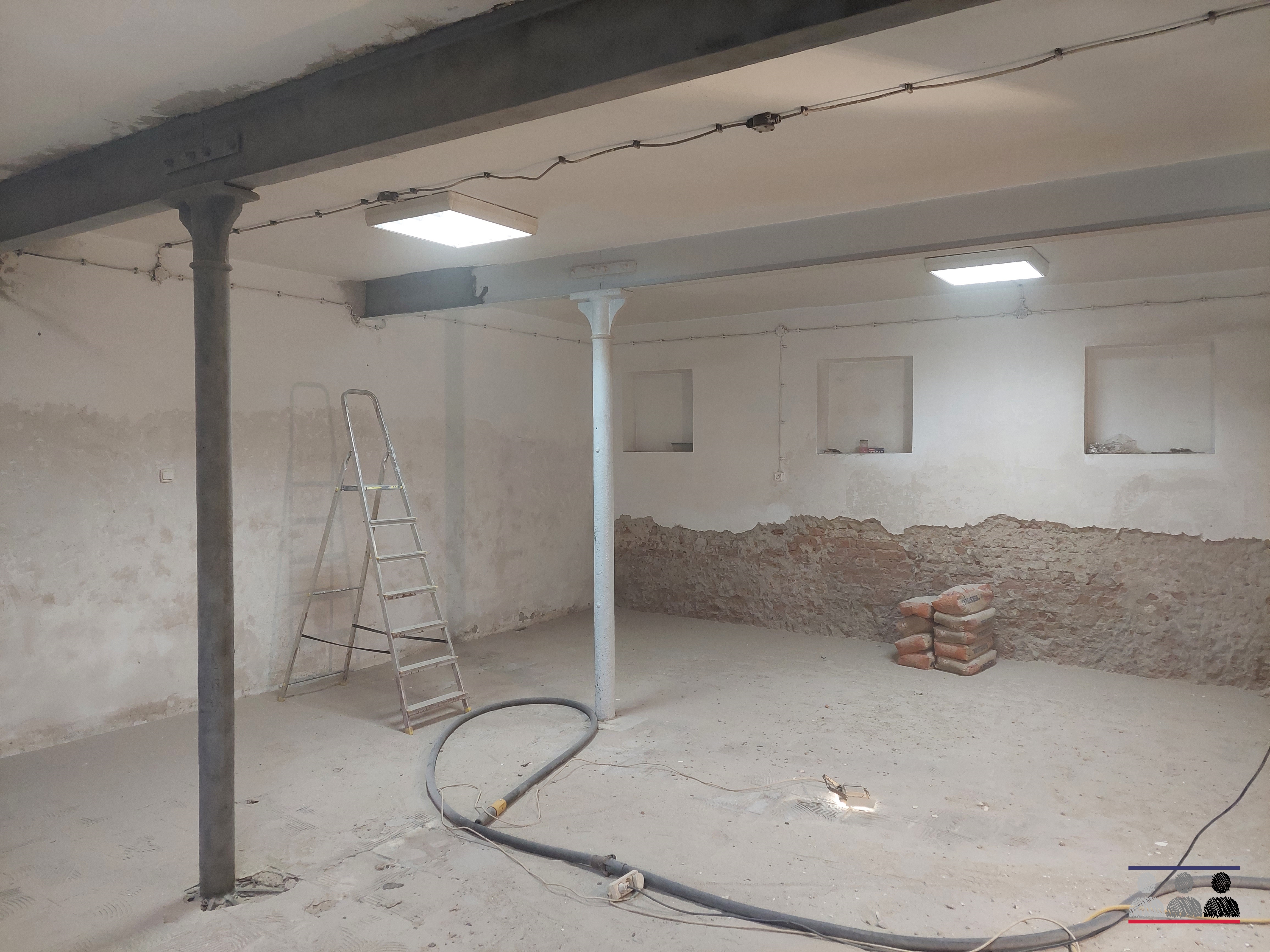 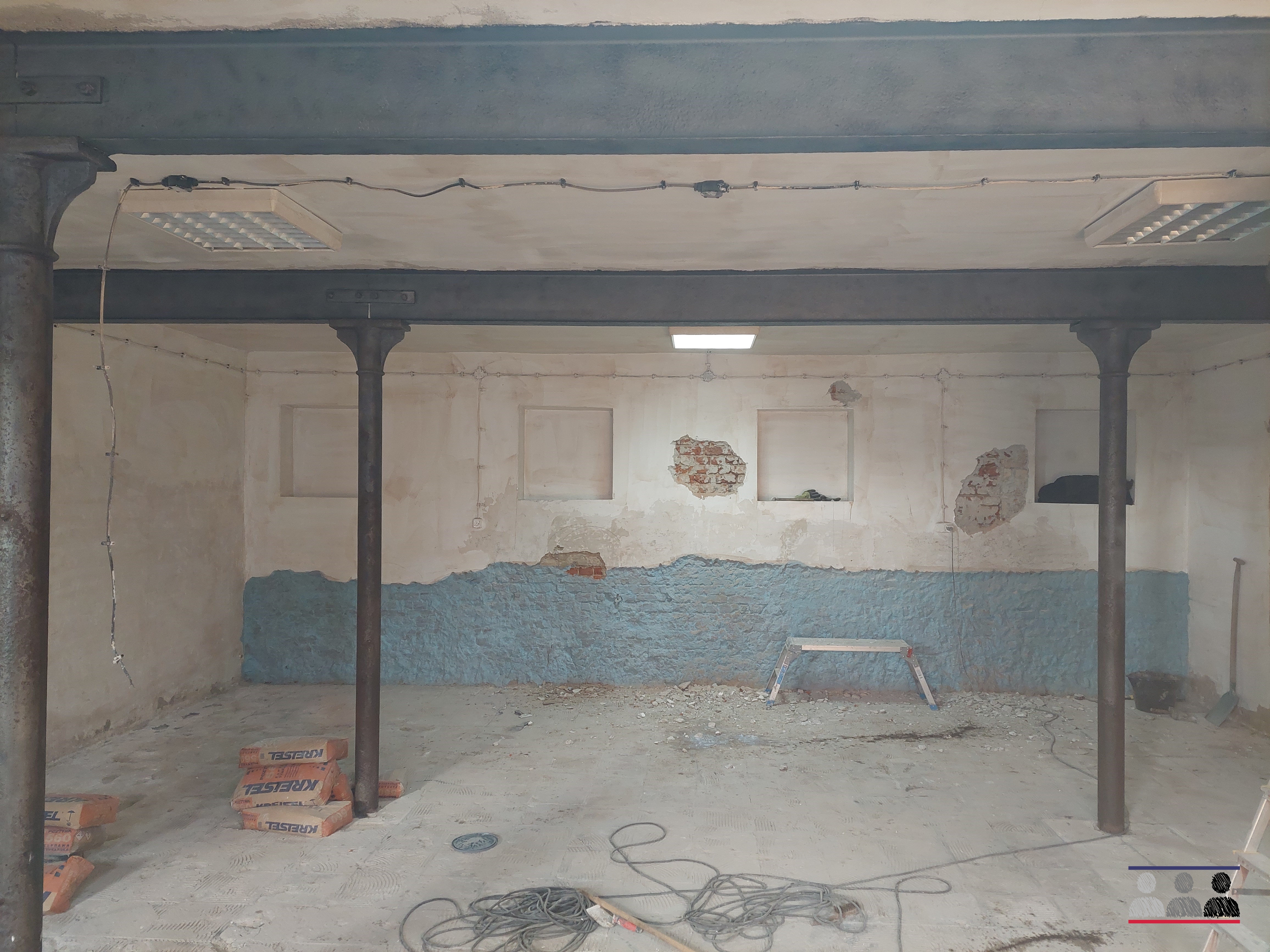 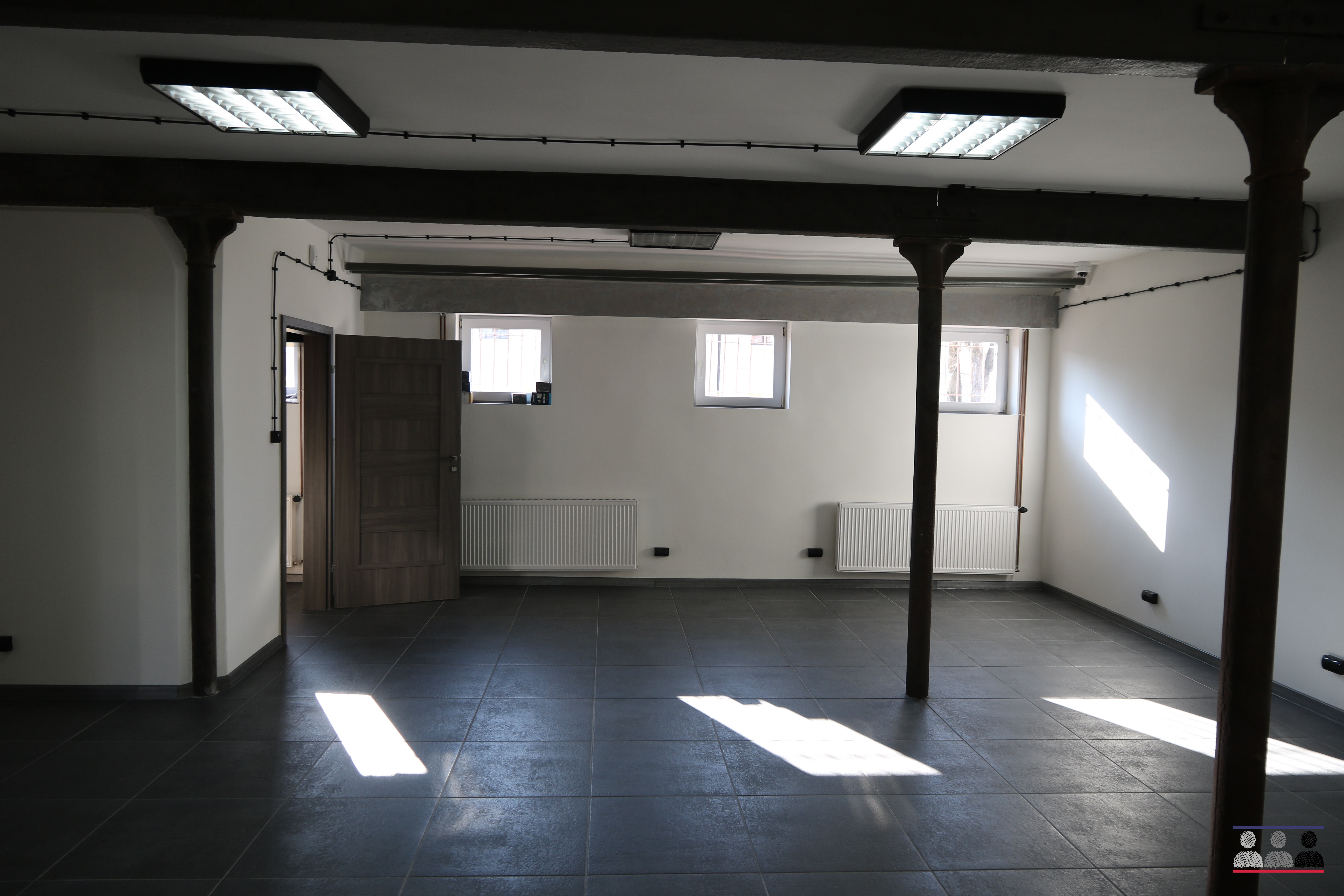 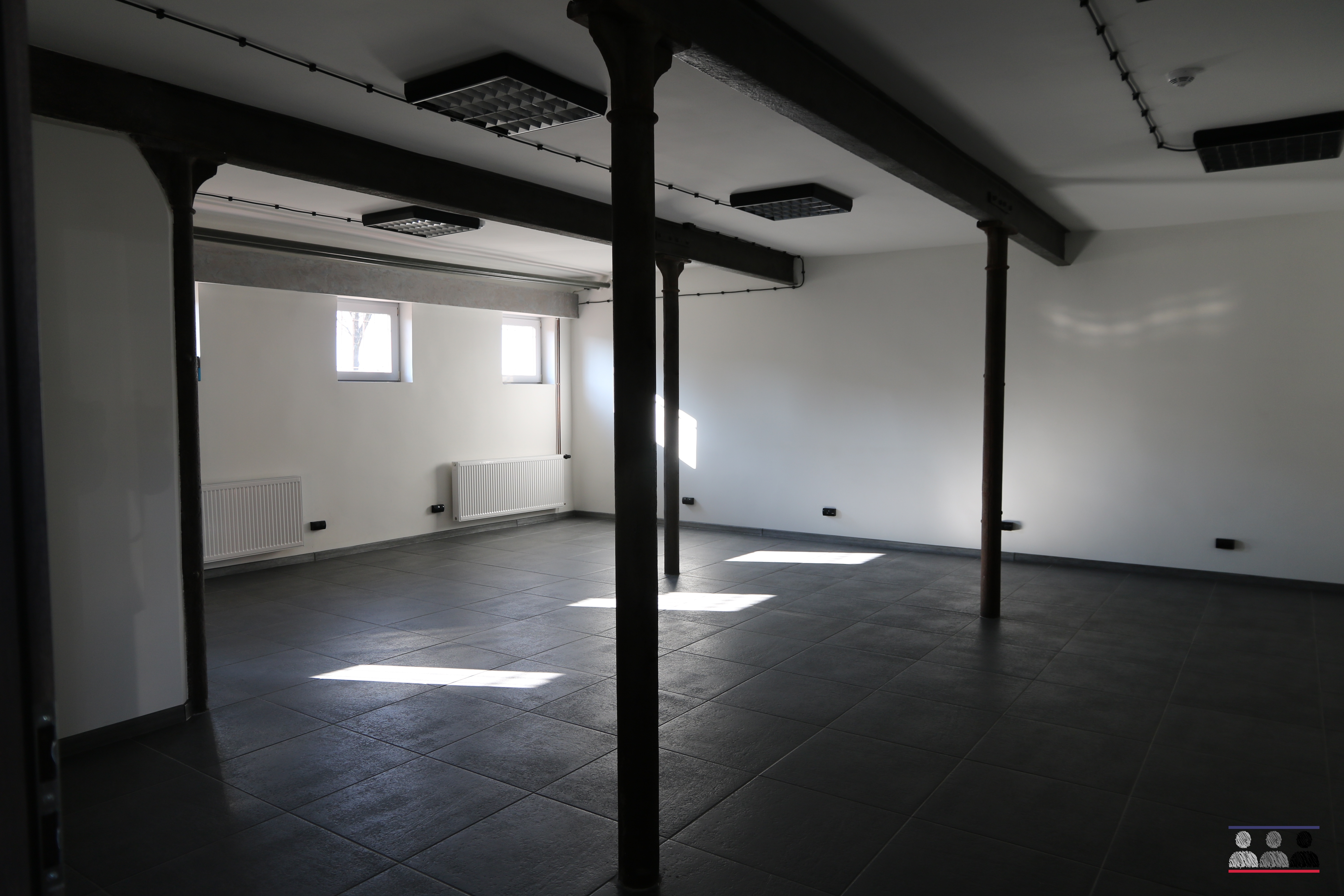 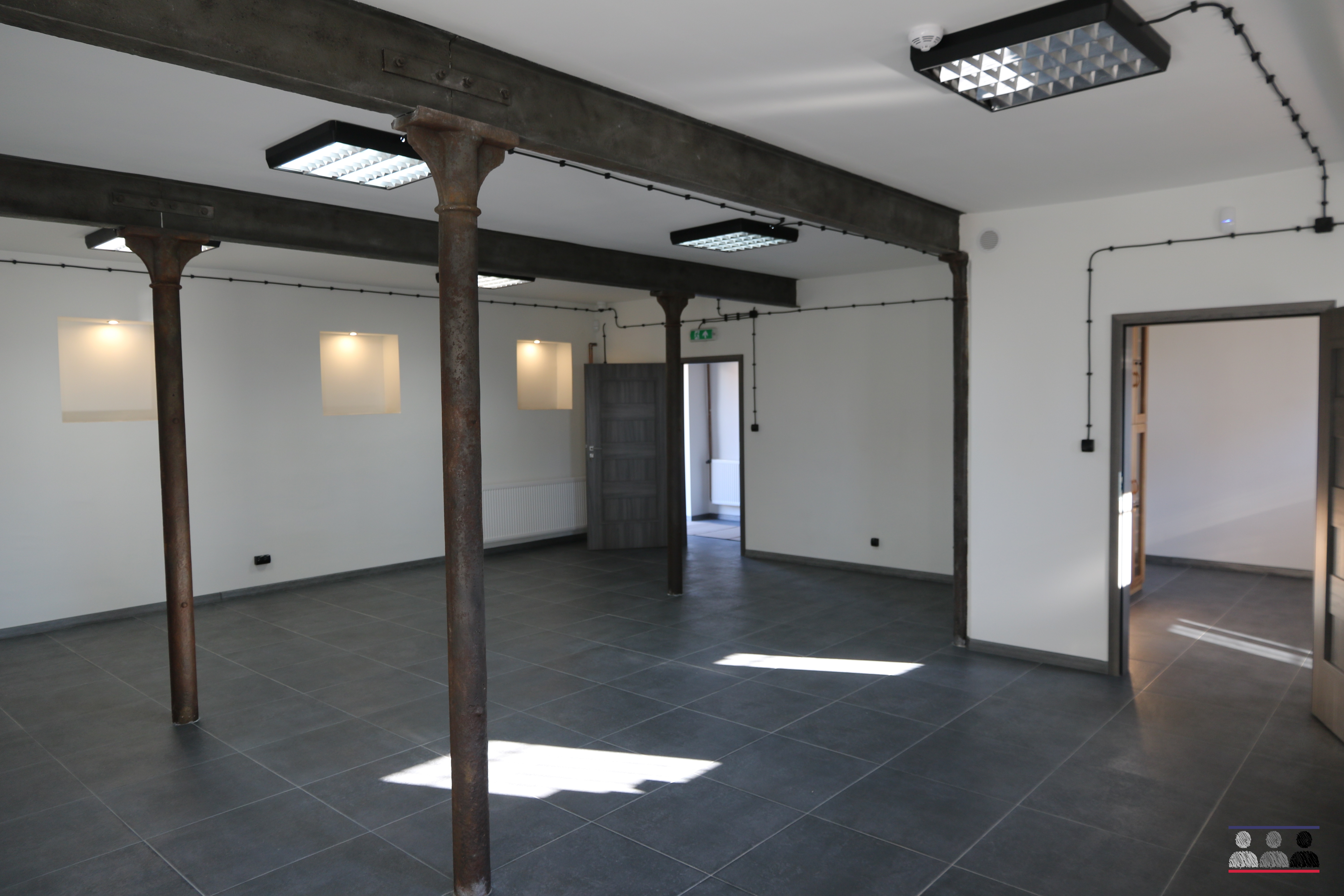 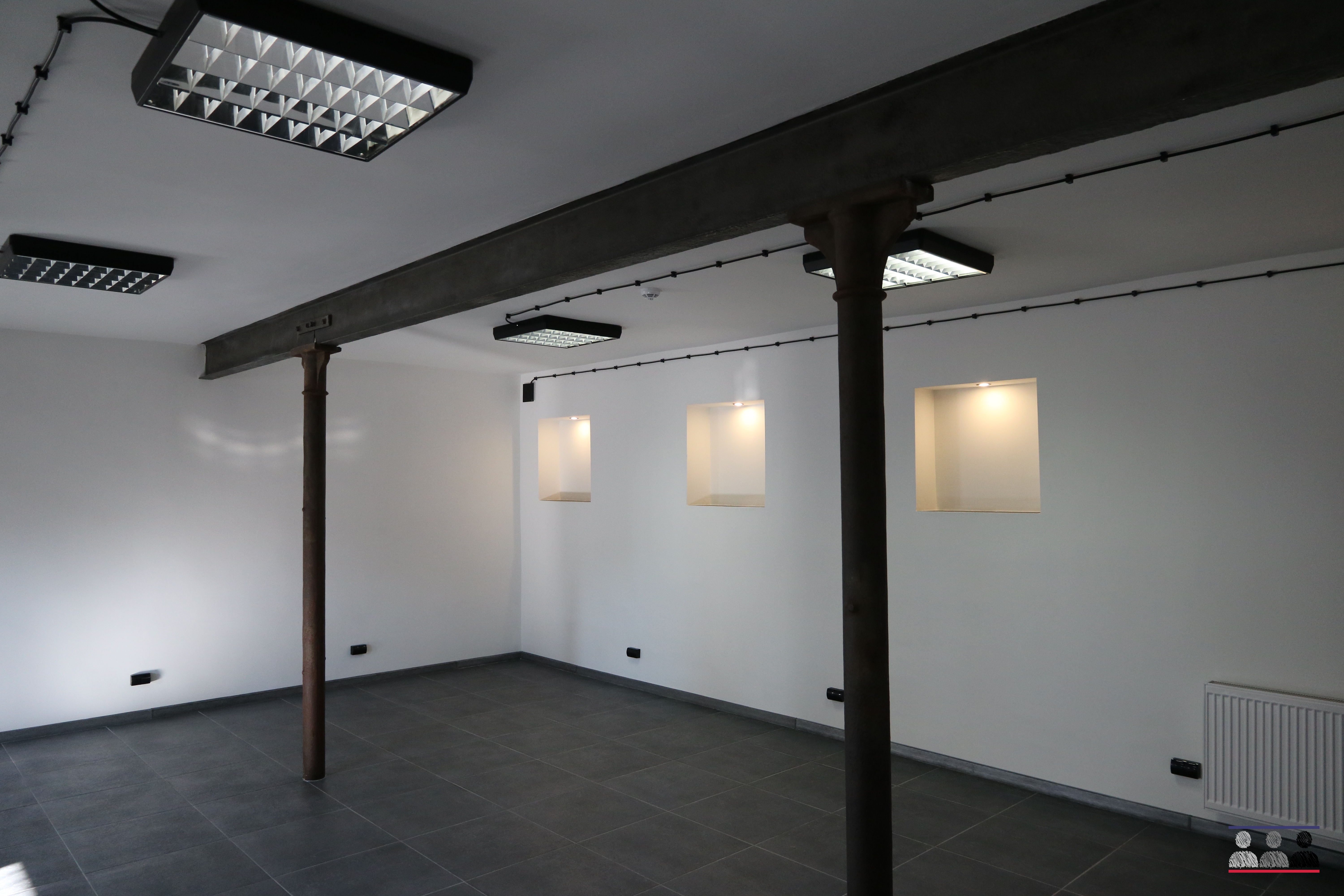 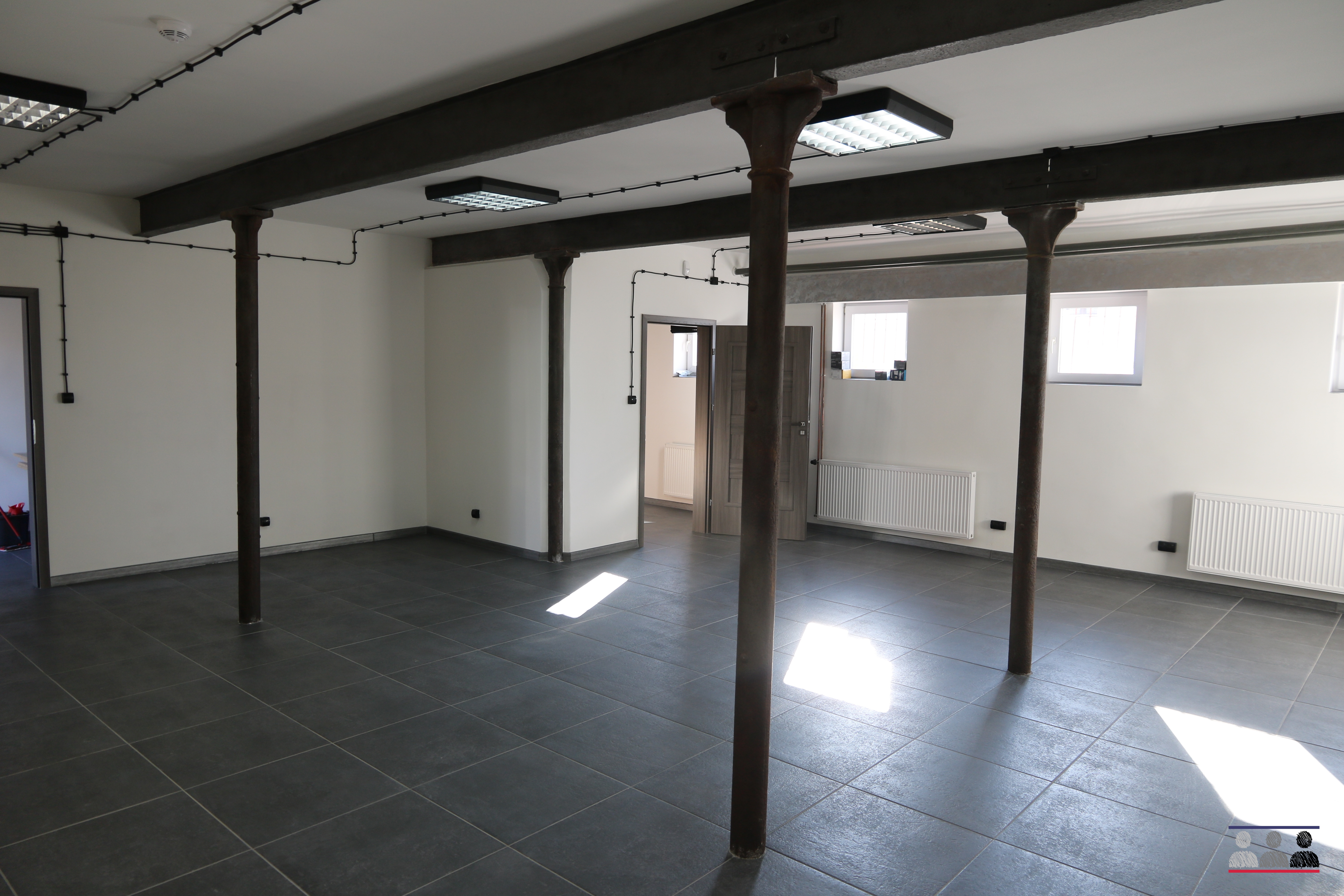 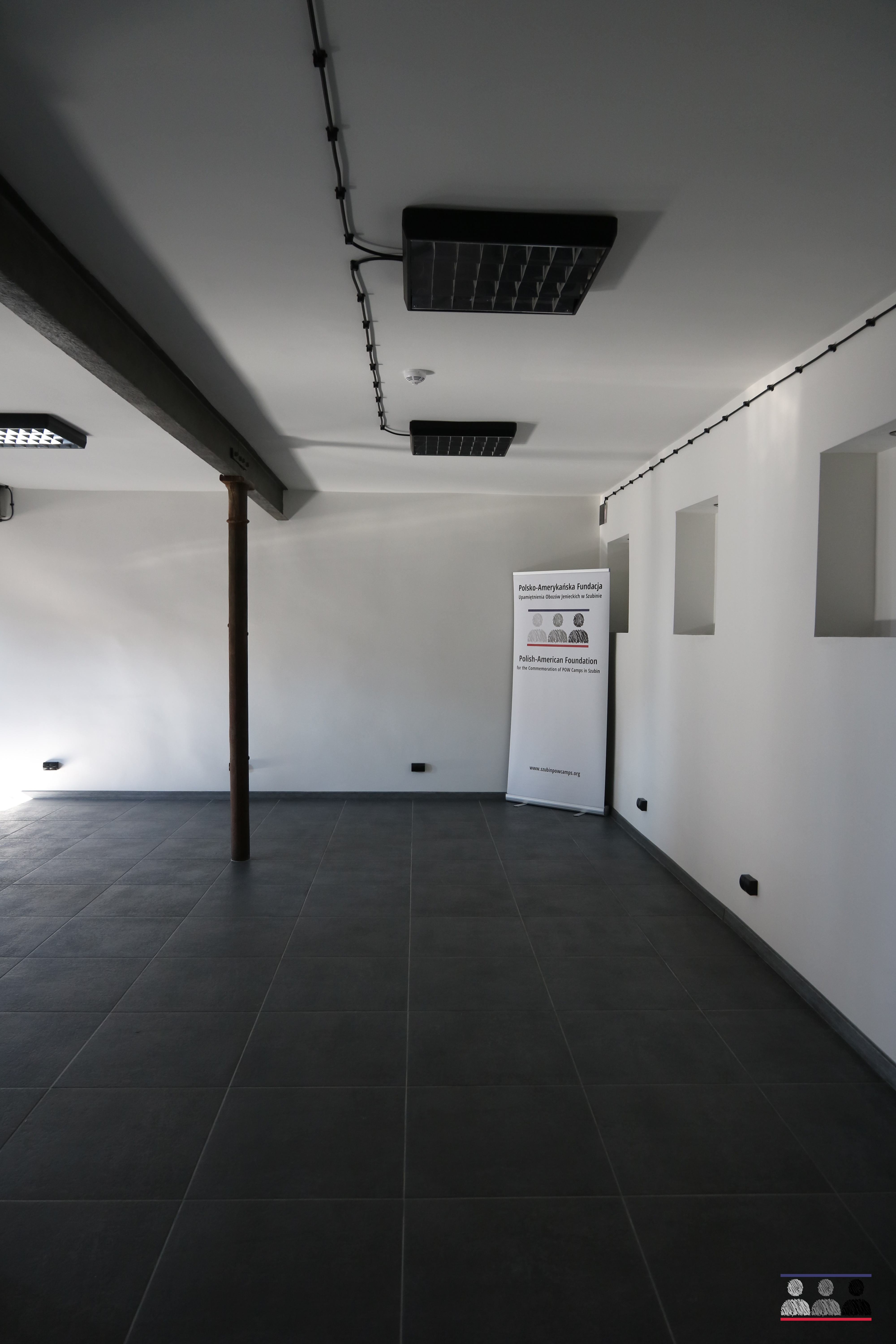 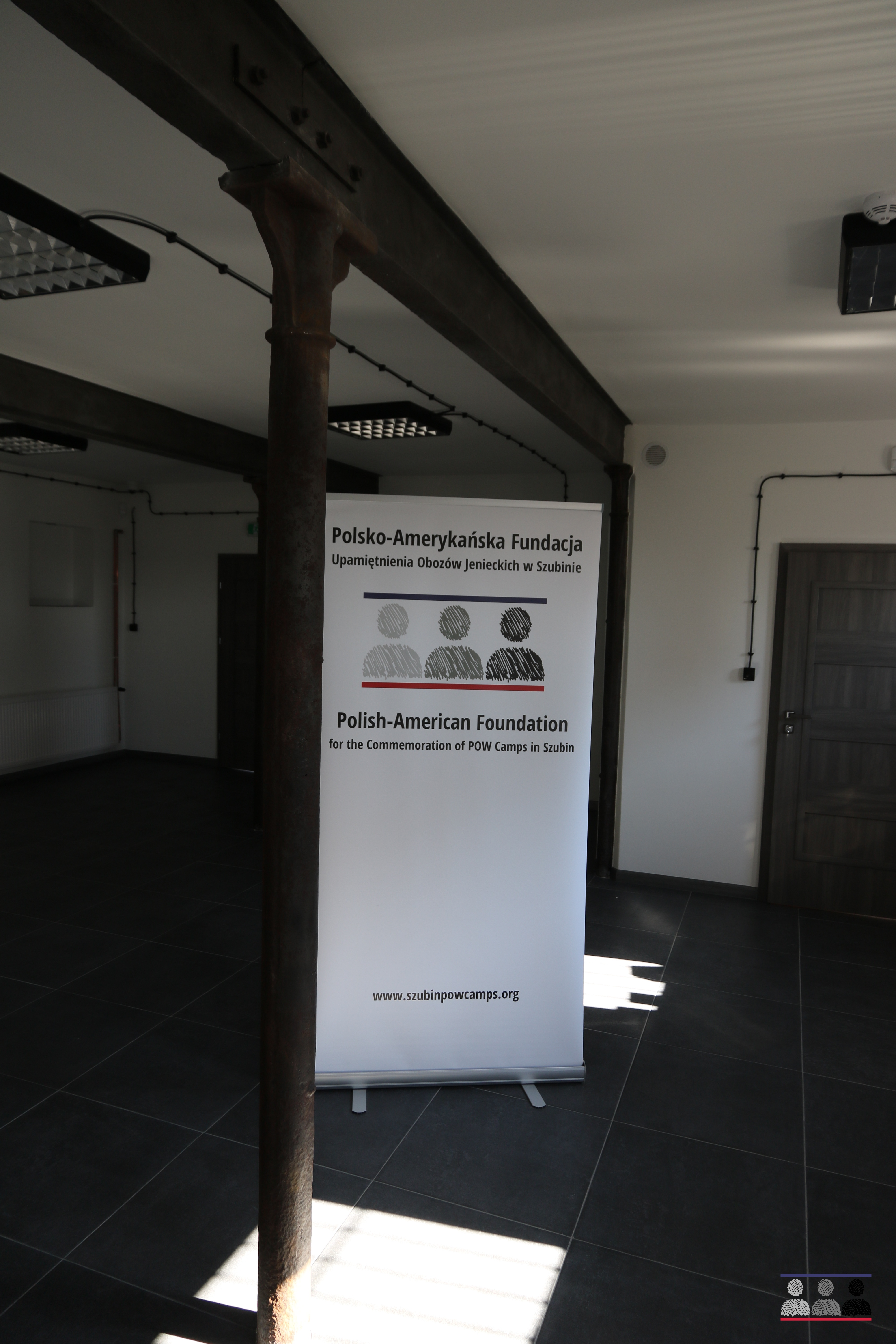